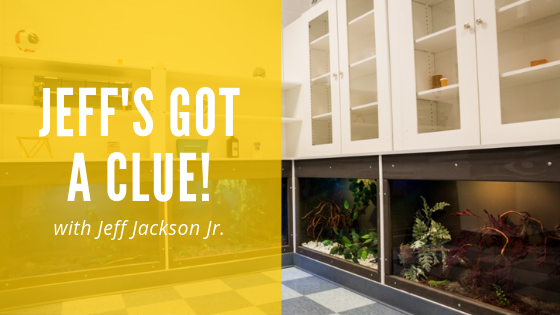 History of Escape Rooms | Jeff’s Got a Clue!

Many give credit for the inspiration of escape rooms to other games that began in the late 1900’s. Since the 1970’s, role playing games (RPG) like Dungeons and Dragons have allowed people to immerse themselves in a scenario and play the role of a character in that context.

Some years later, the 1990’s brought live action role-playing (LARP’ing), where players and characters were given the ability to act out their role in a real-life setting. LARP takes similar concepts, including the battle scenes, of role-playing games and allow them to be physically acted out in costume. This progression toward a more physical, literal and immersive level of interactivity is vital in the birth of escape rooms.

Other Games and Escape Room Mystery

While traditional role-playing games paved the way for an immersive story, other styles of gameplay paved the way for the puzzle-style of modern escape rooms. Point-and-click adventure games came to popularity in the 1990’s and commanded their own fan base. Games like Myst, The King’s Quest Series, and The Secret of Monkey Island allowed players to solve puzzles to complete objectives. The clues were either in-game items, text based clues, or image-based clues that allowed the player to complete their goal. In the case of Myst, you are trying to find clues to escape the island you’re trapped on. Similarly, we at Escape Room Mystery use a variety of clues, including: using math, logic, and spatial reasoning and the interaction of objects in unconventional ways.

Join us for the next section where the precursors to escape rooms become the origins of escape rooms.

Game of Thrones Characters Inside an Escape Room?